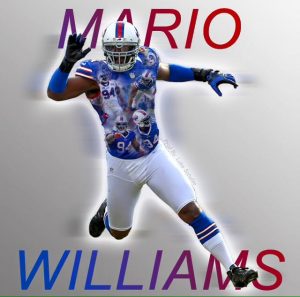 The Buffalo Bills signed Cordy Glenn to the franchise tag today and made several other roster moves, including the release of Mario Williams.

ESPN’s Josina Anderson reports Williams has been told he will be released, but it is as good as official. The expected move will save Buffalo $12.9 million against the cap.

Bills saved 1.15 million dollars by cutting Dixon, Urbik saves the Bills $1.775 million against the cap, and Gray was a restricted free agent and will not be brought back.