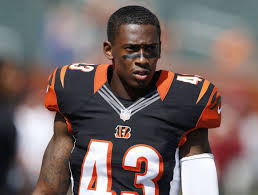 According to Ian Rapoport (Yes the right one and not a fake on Twitter), the Bengals are expected to sign George Iloka, and keep him on the team.

Iloka had tons of interest elsewhere and was linked to a handful of teams.

The #Bengals are closing in on a deal with star S George Iloka, source said. They should keep one of their own.

The top two priorities for #Bengals were keeping WR Marvin Jones and S George Iloka. Jones off to DET, Iloka stays in Cincy to run that D.

Iloka landed a 5 year deal worth around 30 million dollars according to reports.