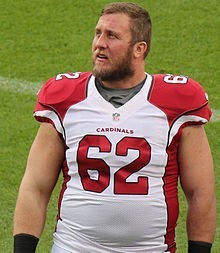 The Chicago Bears are expected to sign former Cardinals offensive lineman Ted Larsen according to Adam Caplan of Fox Sports.

Larsen was drafted by the New England Patriots in the sixth round of the 2010 NFL Draft. He played college football at North Carolina State. Larsen is the second offensive lineman that the Bears signed today. The team also signed Manny Ramirez the former Super Bowl Champion offensive lineman.

The expectation is that the #Bears will be signing former #AZCardinals G/C Ted Larsen, source said.