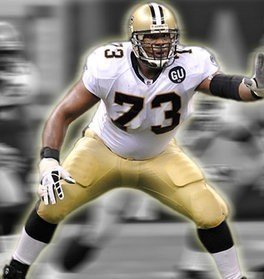 Jahri Evans has been cut by the Saints