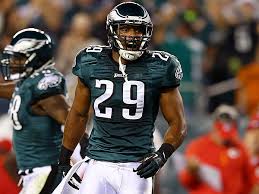 Nate Allen is back with Oakland

In what is most likely a move to save cap space. The Oakland Raiders have re-signed safety Nate Allen one day after they released him.

Allen played in five games for the Raiders in 2015, starting three, and totaled 14 tackles (11 solo), one interception and two passes defensed. He missed 11 games on the year, suffering a knee injury in Week 1 and finishing the year on the Reserve/Injured List.