New Orleans Saints need to trade for Pierre Desir; He would be an instant starter 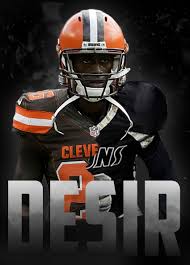 Today,  New Orleans Saints cornerback Brandon Browner posted on his Social Media account that his time in Louisiana is coming to an end.

The Saints cannot cut Browner until after the Super Bowl due to league rules, but it can be inferred that Browner’s time in New Orleans has come to an end.

Browner signed a three-year, $15 million contract with the Saints as a free agent last season and it sounds like it is about over by that Tweet. This move would leave the Saints a little thin at the cornerback position which was rated 32nd in the league last year against the pass.  The team drafted Stanley Jean Baptiste in the second round of the 2014 draft hoping he would turn into their future, but their scouts dropped the ball. The team’s scouts projected Jean-Baptiste higher than Pierre Desir who the team loved pre draft as well. Both were tall, Haitian born cornerbacks, but many were scared that Desir would not blossom as quickly because of where he played college football (Division 2).

While Desir has been much better than Jean-Baptiste, he is still buried on the Browns depth chart.  Desir played his first ever game last season when he shut down Kelvin Benjamin of the Carolina Panthers.  Desir looked like a bright spot for the Browns, but the team continued to neglect playing the former Lindenwood All American.

This year Desir was used sparingly for the Browns, but their coaching staff really messed things up for him.  For example, they played Desir one on one with Martavis Bryant and Antonio Brown with no safety help. While Desir did give up a few big plays, he held his own on several plays as well. You maybe asking yourself, why didn’t he do better if I am over here hyping him up. Well I will tell you to go back and look at the tape and find one team that played Antonio Brown and did not use safety (over the top) help against the Steelers?   That was a piss poor decision that really put a lot of heat on Desir, but it was not his fault. Let’s not forget that Pierre Desir held A.J. Green to 4 receptions for 49 yards. When Desir has went up against the number one receiver he has done a wonderful job.

Desir is much like Josh Norman of the Carolina Panthers.  Right now Desir is being overlooked by the Browns coaching staff, but it will not be long and he will be entrenched as a starter somewhere in the NFL. Norman was the guy every fan wanted released during the first two years he was in Carolina. Norman turned into a shut down cornerback and is now about to get a monster paycheck. If the Saints were smart they would get Pierre Desir, because with Jairus Byrd and Kenny Vaccaro over the top, the Saints could have a very solid secondary. There are not many players in the game that can hold a number one wide out and I feel that Desir can not only hold them, but shut them down.  The Saints pick up the PHONE!!!!

PS. – Let’s not forget Aaron Glenn the former Defensive Backs coach for the Browns is now a Saints defensive backs coach.  There is already a little smoke…..