Johnny Manziel threatend to kill his girlfriend and himself in police report; Police will not charge him

The Police are not going to charge Johnny Manziel for his latest fiasco with his ex- girlfriend, but boy the NFL should be looking into the matter. 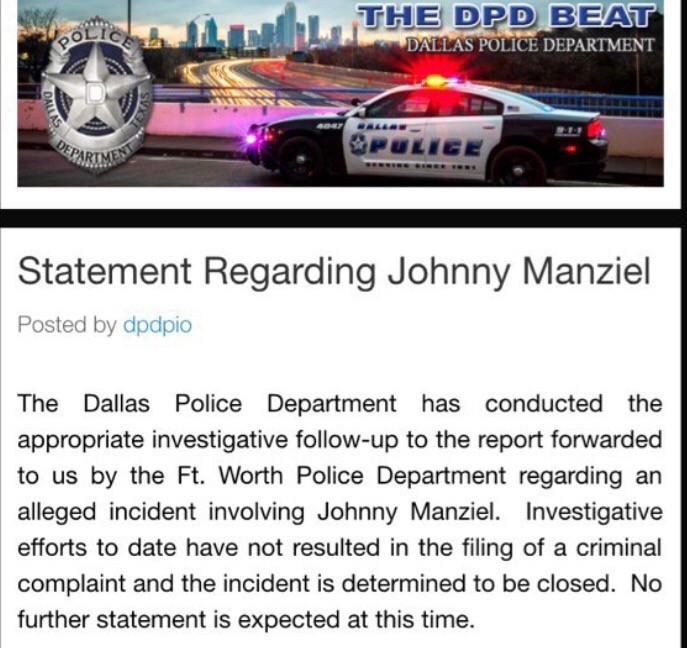 Even though the Police are letting it go, someone needs to step in.

More troubling details emerged before police announced Thursday that no charges would be filed, including an accusation by ex-girlfriend Colleen Crowley that Manziel hit her, dragged her by her hair and threatened to kill her and himself. Crowley said Manziel told her “shut up or I’ll kill us both,” WFAA reported. WFAA cited anonymous sources, who shared details of Crowley’s affidavit, in its story.

“He grabbed me by my hair and threw me back into the car and got back in himself,” Crowley reported told police, according to WFAA. “He hit me with his open hand on my left ear for jumping out of the car. I realized immediately that I could not hear out of that ear, and I still cannot today, two days later.”