Even Ryan Leaf is commenting on Johnny Manziel; WOW 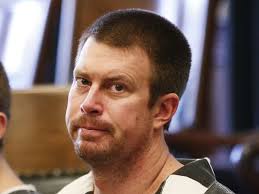 When Ryan Leaf comments on your situation it is bad….

When Ryan Leaf the former first round pick who was just released from Prison comments on your situation saying it is a mirror image, things have hit rock bottom. I have been talking about Johnny Manziel all day instead of the Super Bowl week because the kid needs help. Ryan Leaf made the comment today on the radio. Here is what he had to say.

“It’s like a mirror, it really is,” Leaf said Thursday on The Afternoon Show with Tim Cowlishaw and Matt Mosley on KESN 103.3 FM. “I listen to and hear stuff that’s being said and what’s going on and it’s like a mirror for me. I can relate to so many things … There’s a solution. There always is but it’s so hard to see when you’re on this pedestal and [think] you don’t need help. You don’t need to be vulnerable because you’re a big, strong football player and help means [being] weak. It doesn’t. Asking for help might be the strongest thing you ever do. So it’s hard because it was so fun to watch him. Great college quarterback. He’s very capable and people want to cheer for him.

“But now Cleveland dislikes him so much to the point, like San Diego to me [where] it’s at the point you just have to get out of town. By me getting out of town and getting a new start, it didn’t work for me either. I got to a great place in Tampa with coach [Tony] Dungy and that team but I couldn’t restart it and I’m worried that he’s not going to be able to catch on somewhere else and be as successful as he’s capable of being. I hope he can.”

Leaf even said he wanted to kill himself a few years ago:

Ryan Leaf told us that he was going to kill himself in his garage…4 years ago…but his parents where home and he turned the car around.