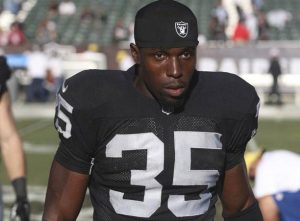 Chimdi Chekwa was signed today by the Miami Dolphins