Buccaneers have interest in re-signing Chris Conte; Team will meet with his reps at the Combine 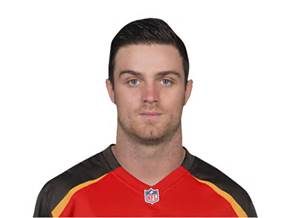 Buccaneers safety Chris Conte could be brought back

The Tampa Bay Buccaneers no longer have Lovie Smith as their head coach, who drafted Chris Conte, but the team is interested in bringing him back, according to PewterReport.com.

The Buccaneers will not only be talking to Doug Martin’s agent, David Dunn, about a contract extension before the running back hits free agency, but will also speak with the agent for free safety Chris Conte, who signed a one-year deal worth $1.5 million with Tampa Bay last spring, about a possible extension. The Bucs’ level of interest of course will depend on Conte’s contract demands.

Conte’s deal in 2015 featured a $1 million base salary, a $250,000 signing bonus and a $250,000 workout bonus. He was primarily signed due to his familiarity with Lovie Smith’s Tampa 2 scheme, having been drafted by Smith in the third round in 2011 by Chicago. Even with Smith now gone, there is still some history between the two, as new Bucs secondary coach, Jon Hoke, coached Conte in Chicago.

Pro Football Focus listed Conte as one of the top 30 safeties in the league in 2015.