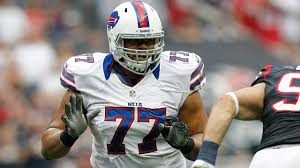 The Buffalo Bills do not want to lose Richie Incognito or Cordy Glenn, and to ensure they can keep both of them, the Bills will need to do something to get some cap space. The Bills are not in the best spot when it comes to cap space, even after they freed up 7 million by restructuring Charles Clay’s contract.  The Bills may still need to restructure the contract of Mario Williams or release him.  This will create a lot more space.  According to Ian Rapoport of NFL.com, the Bills will not let offensive tackle Cordy Glenn get away.

NFL Media Insider Ian Rapoport reported that the Bills are expected to franchise Glenn if they can’t work out a long-term deal by March 1 franchise tag deadline.

Glenn, 26, was drafted 41st overall by the Bills in 2012. He has played and started in 61 games for the Bills, including every game over the past three seasons. He is considered one of the top impending free agents this offseason.