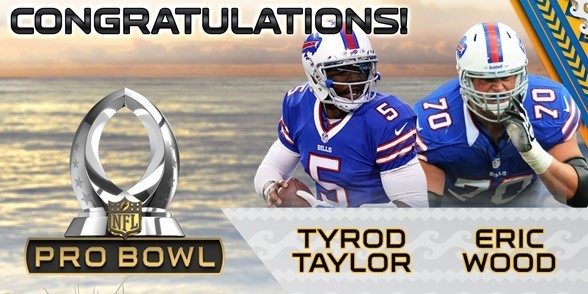 Taylor in his first season as an NFL starter went 8-6 when he was in the lineup and his six interceptions were a league low among quarterbacks with 10 or more starts this season. Taylor’s 3.33:1 touchdown to interception ratio was seventh-best in the NFL.

He also ranked seventh in the league in passer rating (99.4) and set a franchise record for single-season rushing yards by a quarterback with 568 with four rushing touchdowns.

Eric Wood also made the Pro Bowl as a replacement player.