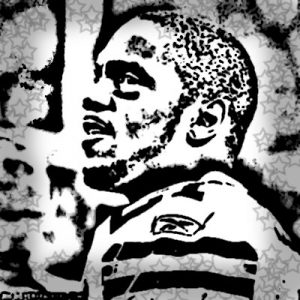 Today, Charles Woodson the future Hall of Fame defensive back, sat down and wrote a nice blog entry for ESPN’s Jim Trotter.  I thought it was interesting and wanted to share it all.  Here is his post, where he shares with the world that he feels that Marvin Harrison was the best player he ever played against.

I’ve played in 259 games in my NFL career, including the postseason, but I don’t know that I can say there was a “most memorable” game. If there was a moment that I take the most pride in, it was when I knew I was a Super Bowl champion. I’ve always wanted to be under the confetti as a champion, and the Packers beating the Steelers to conclude the 2010 season finally gave me that opportunity. It was so surreal, being able to bring my family onto the field, seeing my oldest son roll around in the confetti, having a chance to hoist the Lombardi Trophy. I had finally reached my goal, so if there’s a moment that I cherish most, that’s it.

If I had to choose one game, the Packers’ 34-12 victory over the Lions on Thanksgiving Day 2009 ranks pretty high. I had seven tackles, two interceptions — one for a touchdown — a forced fumble, a fumble recovery and a sack. Not only that, but I was going against Calvin Johnson, one of the best receivers in the game, and he finished with only two catches (on 12 targets) for 12 yards. I thought to myself afterward that if there was any game that displayed the type of player that I am, that was it. Someone who could do it all.

You didn’t see that versatility early in my career because that’s not what I was drafted to do. The Raiders took me fourth overall because they had a certain need, and that was for me to come in and play man-to-man, bump-and-run all day, to guard the best receiver. You understand your job going in, so that’s what you focus on. Would I have liked to play receiver and go both ways? Yep, would have loved to have done that. Would I have loved to have moved around and played different defensive positions? Yep, I would’ve loved to have done that. But I understood why I was drafted, so that’s where the focus was. But me being out there and just playing one spot, against one guy, took away from me displaying what I really, really was, and that’s a complete football player.

I love competition, but my approach to the game was to never make it personal. It was business. It was what I did, so it didn’t matter who the opposing team was, or who the receiver was. I approached it as business and I never let myself get outside of that. It was all about, “What am I being asked to do?” Whatever it was — if it was playing one guy, if it was playing nickel, if it was blitzing more in one game than another — it didn’t matter. I just tried to keep it exactly where it was — a business.

Marvin Harrison was the best receiver I played against, especially being a young player and just learning the game at this level. He was already at a high level, and the job was made even more difficult because it seemed like every time we played the Colts it was in Indianapolis, where they played on turf — that old AstroTurf. I hated playing on that. The Colts were fast on it, and Marvin had everything: He was bigger than you would think from watching him on film, and he was fast and quick and ran great routes. They were going to line him on the defense’s left side every time, but he was tough to deal with even when you knew where he was going to be. I never was one of those guys who was going to lose sleep thinking about a matchup, but I did understand that it was going to be one of those days when I was playing him. Really, he was the only guy that I thought of like that.