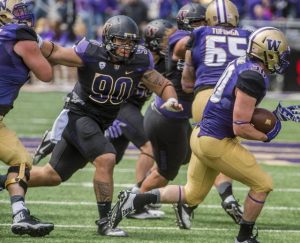 Taniela Tupou has overcome quite a bit and this kid will be on an NFL roster. Amazing athlete

Helping put together a Polynesian outreach program. We did an after school program at local high schools in the Seattle area. We tutored kids and encouraged them to pursue higher education. We also helped put together a workshop at UW for them to attend and get more info about how to apply for college and why going to college is important.

Volcanos and Drama. Volcanos was hard because it was about how plates shift in the earths core. I originally thought it was going to be easy however I was wrong. It went in depth about how volcanos operate. Drama was hard because getting up in front of people and acting out was a challenge. It’s one thing to take the field with thousands of people watching you with your pads on but it’s another thing to get up in a class with 40 people and say your lines.

My parents because they both have helped me with everything. They both get up every morning and go to work so that my sister and I could have a better life

Did you play any other sports growing up

I’m first looking for the back and TE. They usually tell you where the ball is going and what type of play it’s going to be then I look at the O-line. Watch their footwork hand placement and how they fire out.

My sophomore year of college I was asked to transfer to another school. Although it was going to be tough I decided to stick it out and control what I could control, which was my effort and attitude. We had a coaching change and I eventually made my way up the ranks and started. This year I was a team captain, was voted most inspirational and was considered the heart and soul of the team.

Listen to music, watch videos of Bane and the Joker 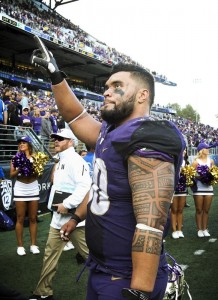 I have difficultly with transitioning from run to pass

I have a high motor, I’m always looking to improve my game, everyday I bring great passion n energy to the game, I’m a leader on n off the field. You wouldn’t have to worry about me doing stupid stuff off the field. I’m always around the ball

Pay for my wedding in June