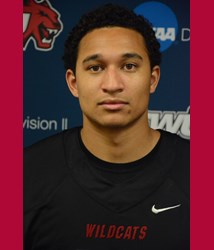 Myles Carelock is hard hitting defensive back with good skills

Every year at Southern Utah we held a Watermelon Bust, where the community gathered to meet the team. We would put the local kids through football drills and toss around the football with them. Nothing felt better than seeing the kids laugh and smile while playing football with them.

Being a exercise science major, biomechanics had to be the hardest class.

Has to be my father, Jerome. He truly has showed me how to take care of a family and what it takes.

I was a big baseball player growing up and through high school.

Throughout high school played WR and QB. First getting to college I was a Wr/RB before moving to DB my red shirt sophomore year.

My versatility, I can guard every position as well as any where on the field from CB,nickel, and safety.

I like to look for tendencies the offense and WR have. Example, what WR do when they run a comeback or releases on deeper routes.

DeAndre Carter out of Sacramento State. His routes were crisp, he was smooth out of his breaks as well as having speed.

Brandon Boykin, he can guard WR in slot and as outside. This is something I take pride in. 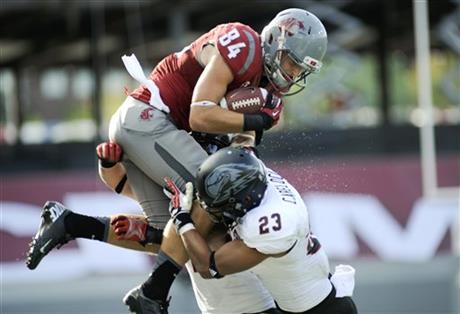 Going through the recruiting process in high school. I was from a small area and switched positions many times. It was hard to attract schools with no true position but I was able to show my athleticism and get to Southern Utah on a scholarship.

I would have to touch back on my versatility. Being not just a Safety or Corner. Teams can move me around and I compete at every spot.

I would be one of the hardest working players on the team and would be able to be moved to any position and compete.

Always been a Earl Thomas fan before he was in Seattle. Favorite team is the Cowboys.