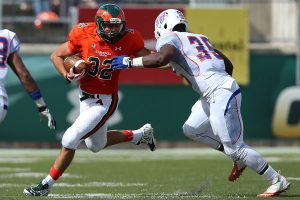 Reaching out to high school players informing them about the high school recruiting process and the importance of going to college outside of sports.

My Father, because even with his lack of education he still manage to set an example by showing me that in order to get what you want in life son you are going to have to work for it.

Played QB up until College

The ability of knowing the game from the offense side of the ball from being a Ga all-state QB, because at this level that I’m currently at everyone is talented physically.

I look for offensive lineman tendencies for my run pass keys. Rather or not if they have a two back system or one back system, and if so whats the running back pro and cons. 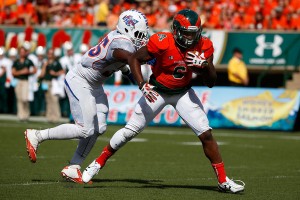 Luke Kuechly, because we both have the ability of being a sideline to sideline linebacker & knowing the game mentally.

Other then growing up on poverty, I would say moving to New York after high school on my own to chase this dream. I had not choice but to learn how to survive on my on 16 hrs away from the closest family

Prayer thanks the Lord himself for blessing me with the opportunity to be playing a game that’s brought and taught me so much in life.

Mentally ability of knowing them game from all three phases of the game.

With choosing me a chance you would be getting someone that mentally and physically and welling to ready to contribute to your business on special teams and defense.

A lot of Land out in Texas.