Let’s have fun, we are going to pick coaches for the teams lacking a coach. We know today more coaches will be fired, but let’s have fun. 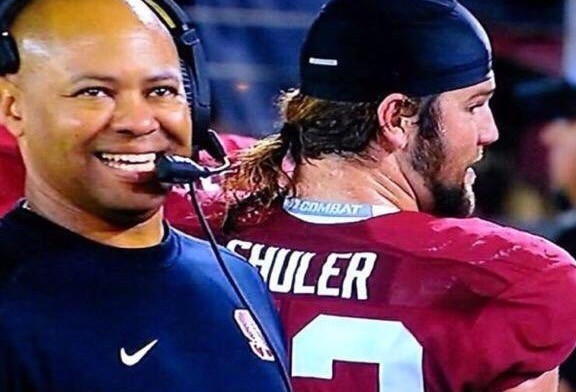 Could David Shaw revive Andrew Luck and the Colts?

Cleveland Browns – Browns had a hard time finding a coach last time. The guys that were interested in taking a job were not big time coaches. They settled with Mike Pettine, but with Ray Farmer out things could change. The Browns are not hiring a GM until after they find a coach. I think they go after a veteran coach. Haslam needs an offensive minded coach, because they will be looking for a quarterback.  I have the Browns hiring Mike Shanahan, and signing RG3.

Miami Dolphins – The Dolphins have Ryan Tannehill but is he the answer? The Dolphins will make a strong push for Sean Payton, but Payton heads in another direction.  The Dolphins end up hiring Chuck Pagano as their head coach.

Indianapolis Colts – The Colts have a Franchise quarterback, but they find a guy that can help him. The Colts hire Stanford coach David Shaw as their head coach.

Philadelphia Eagles – Chip Kelly left the Eagles in shambles. He put them in a horrible situation, and the Eagles do not make a great coaching hire. The team turns to former quarterback Doug Pederson to right the ship. Instead, he has them picking first overall next year.

Tennessee Titans – Oh Chip!! Yep you said it.  The Tennessee Titans hire Chip Kelly and keep Dick LeBeau as their defensive coordinator.  Titans get the ball rolling and Chip works with his boy Marcus.

San Francisco 49ers – San Francisco will be trading a draft pick to the Saints for Sean Payton. Payton will keep Colin Kaepernick and revitalize his career.  The 49ers get back to winning next year.

New Orleans Saints – The Saints end up hiring Doug Marrone as their head coach. Marrone was a coach previously in New Orleans and returns but this time as a head coach.

If more openings come, we will come back in and update it.