Is Peyton Manning done? One analyst says he does not have anything left 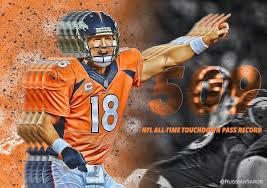 Michael Robinson is now an analyst for the NFL Network, and boy did he tear up Peyton Manning. He basically said that Manning’s career is over, and he should just hang up his cleats.

“I think he does understand what this game means and everything, but I think Peyton is done, man,” Robinson said Sunday on NFL Network’s GameDay First. “I’m going to be honest with you. I’m just going to be honest. I think we saw the last greatness of Peyton when we beat him in the Super Bowl, to be honest with you. Can he go out there and give you a game or two here and there? Yeah. Can he check to a run in a six-man box and check into a pass in a seven-man box? Yeah, he can do that. But I know a lot of guys sitting on the bench that can do that, too.”

“I’m really interested in seeing how his feet feel, how comfortable he is this week, because last week he had some rest,” Robinson said. “I don’t know — we’re talking about his arm strength — I don’t know if that arm strength is going to show up. I don’t. I just don’t. Again, playing two games in a row, I’ve had plantar fasciitis before and that just doesn’t go away. He’s still going to have to deal with it. Again, to me, if I’m the Denver Broncos, I would have put Brock Osweiler in.”