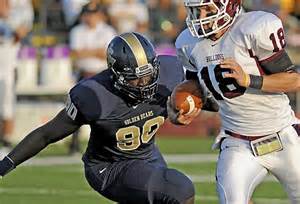 Crichton, a third-round pick in 2014, played in all 13 games for the Vikings this season, accumulating eight tackles. He suffered a concussion/neck injury in last week’s loss to the Arizona Cardinals.

Moore, also a defensive end, was the first player from Concordia-St. Paul to be drafted, selected by New England in the sixth round of the 2014 draft. Moore was released by the Patriots at the end of the 2015 training camp and signed to the Vikings’ practice squad. He had 33 sacks at Concordia-St. Paul, the ninth-most in Division II history.

Born and raised in Chicago, Moore could make his Vikings debut against his hometown team as Minnesota hosts Chicago on Sunday.