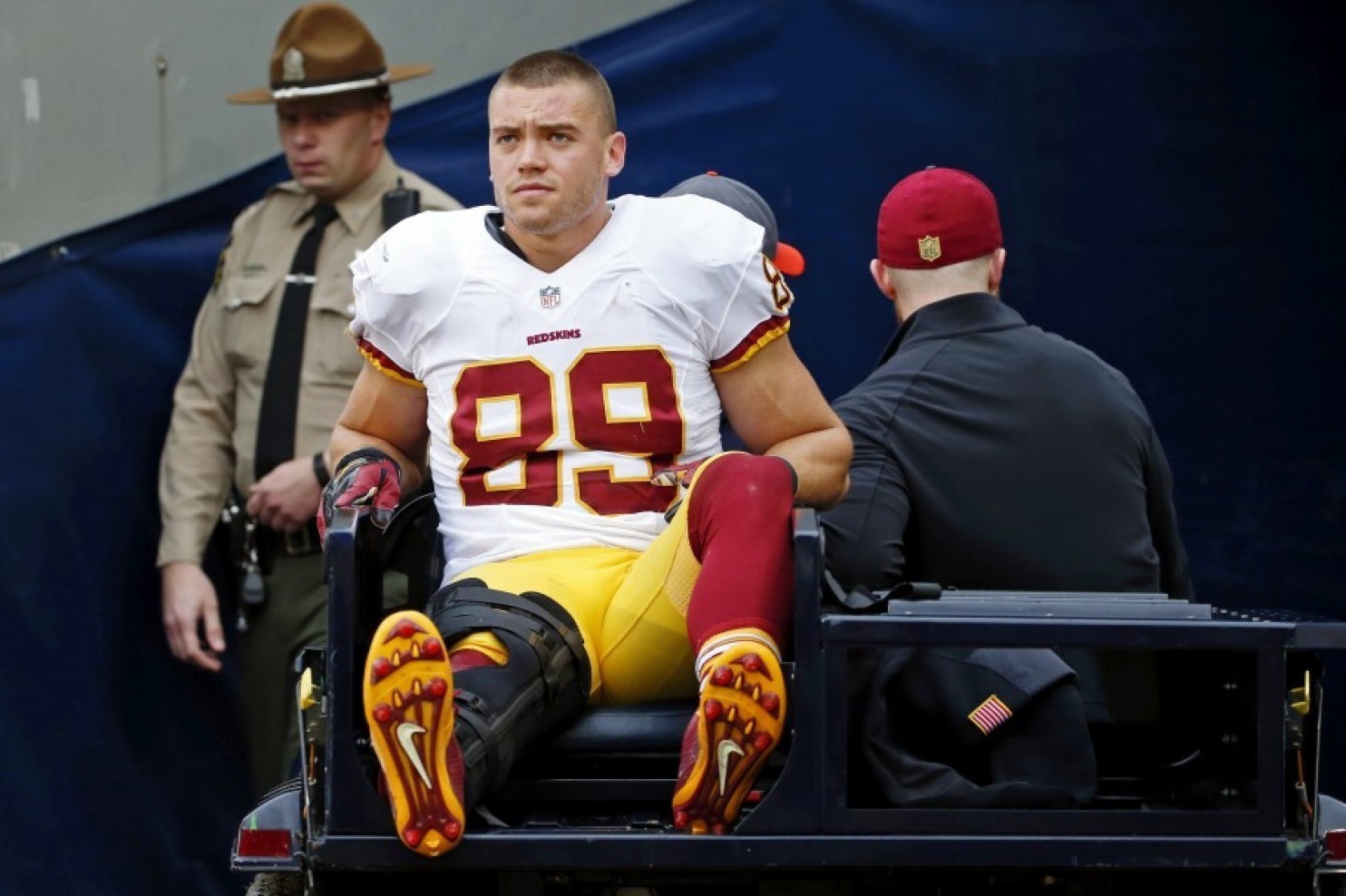 According to Ian Rapoport of NFL Media Insiders, the Washington Redskins will have to make the playoffs without one of their key pass catchers. According to Rapoport, Derek Carrier tore his ACL and MCL Week 14 against the Bears.

The injury will keep him out for the remainder of the season. He was acquired from the 49ers for a fifth-round pick in late August, Carrier caught 17 passes for 141 yards and a touchdown in 12 games with the Skins.

Carrier injured himself with 2 minutes 37 seconds left in the first quarter, on the first play of Washington’s second possession. Kirk Cousins’s throw was slightly behind Carrier, but the tight end twisted to make the catch for a gain of seven yards.

However, linebacker Shea McClellin tackled Carrier low almost immediately. Carrier had to be helped off the field and shortly after was ruled out for the remainder of the game.

Carrier’s injury left Washington with only one healthy tight end, Jordan Reed, in uniform. The team’s other tight end, Je’Ron Hamm, was a healthy scratch for Sunday’s game.