Redskins have signed TE Alex Smith to their 53 man roster 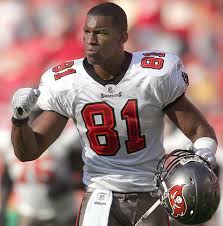 Tight End Alex Smith has signed with the Washington Redskins

Washington Redskins have signed tight end Alex Smith to a contract on Tuesday. Smith was drafted by the Tampa Bay Buccaneers in the third round of the 2005 NFL Draft. He played college football at Stanford.

Smith has also been a member of the New England Patriots,Philadelphia Eagles, Cleveland Browns, and Cincinnati Bengals.

Smith played college football at Stanford University. He was a three-year starter and was runner-up to the John Mackey Award, given to the nation’s top tight end, in 2004. Some of his honors included 2004 second-team consensus All-American, 2004 Team MVP, 2003 Honorable mention All-Pac-10, 2003 Honorable mention academic All-Pac-10 and 2002 Academic All-Pac-10. He finished his career starting 32 of 44 games, making 107 receptions for 1,291 yards and eight touchdowns.