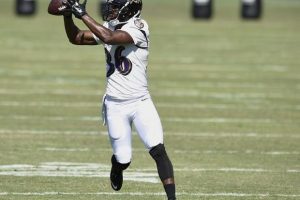 The Baltimore Ravens announced that they’ve release OL Marcel Jones from their practice squad and signed S Nick Perry to the unit.

Jones was selected in the seventh round, 234th overall, by the Saints in the 2012 NFL Draft and On July 2, 2012, Jones signed a four-year deal with the Saints. He played college football at Nebraska.

Nick Perry was signed as an undrafted free agent out of Alabama. He was with the Ravens in the preseason. Perry was a significant contributor each of his final two seasons at Alabama, the 6-foot-1, 210-pound Perry posted 80 tackles, 4.5 stops for a loss, two interceptions and six pass breakups as a senior last season.