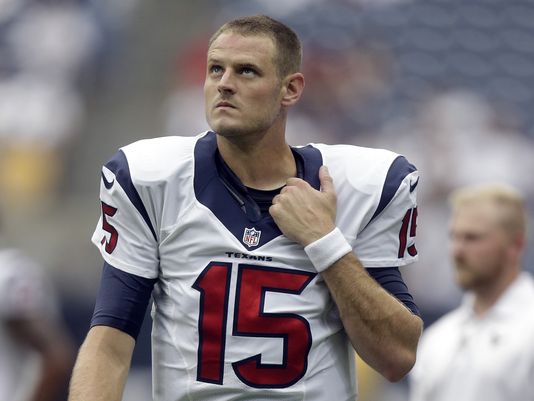 Nearly seven weeks after he was released by the Houston Texans, Ryan Mallett has reportedly found a new home, with the Baltimore Ravens.

ESPN’s Dianna Russini reported that the Ravens are signing Mallett, a third-round draft pick of the Patriots in 2011.

Baltimore is already without Joe Flacco, who tore his ACL on Nov. 22, and Matt Schaub, who suffered a concussion in his second start, against the Dolphins. Jimmy Clausen started for Baltimore in Sunday’s loss to Seattle.

In a corresponding move the team released quarterback Bryn Renner.