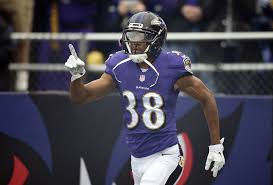 Melvin was claimed by the Patriots off waivers from the Baltimore Ravens in October. The 6-foot-2, 193-pound cornerback played in eight games for the Patriots, recording six tackles. He also recovered an onside kick in Sunday’s loss to the Philadelphia Eagles.

Melvin played in eight games with the Patriots and accumulated 3 tackles and 2 special teams tackles.  Greenwood was released after entering the league from Albion in 2012 when he was drafted in the 5th round by the Lions. Since then he has played for a handful of teams.

The Patriots also released running back Trey Williams from their active roster. Williams, 22, was claimed off waivers by New England from Dallas on Dec. 1, 2015. He originally signed with Washington as a rookie free agent out of Texas A&M on May 7, 2015. The 5-foot7, 195-pounder, was released by Washington at the end of training camp and began the season on the Redskins’ practice squad. He was signed by Dallas to the 53-man roster and was inactive for four games before being released by the Cowboys on Nov. 30.