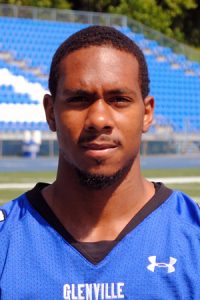 Ralph Gordon II aka RG2 is a playmaker, and will now attempt to take his talents to the NFL

I’ve helped clean the community, well as hosting football camps for the youth.

My mom. Because she works hard.

I’m elusive, versatile and I feel I can make a play anytime I touch the ball, and even though they say I’m small, their right, but I play BIG !

First I look at coverage, because that’s what we’re going to be playing against, then I do my own dissecting of the DB… does he get out of his breaks, do he have good hips, what arm does he throw in man coverage, stuff like that.

The toughest person I played against was De’Anthony Thomas and you see where he is now.

A lot people say Desean Jackson, I watched him a lot and seen what he did and said I can do that to and I just so happen to wear number 10 also.

I pray and thank God for letting me play this game !!!

I feel as if I’m the underdog, due to the level of school I’m at and my height and size. I’m overlooked, but feel I have the ability to compete !

I would say I’m a quick learner, I listen well. I can make plays with the ball in my hand and I work hard. I love the game!

My size difference compared to other players, but I don’t duck anything.

Vikings when Randy Moss was playing. I probably would have thrown it to him every play, up top.

Buy my Mom a house !