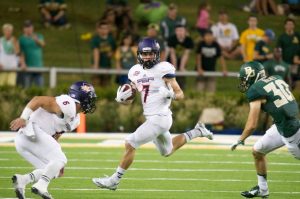 Northwestern State wide out Ed Eagan can do it all. He is a good returner and wide out

Given meals to the homeless. I plan on giving my old cleats to a program in the city.

Devin Hester, he’s been my favorite player for a while and I like how he plays the game.

Tendencies, different formations, how the corners press, The different zones the defense plays with the formations and down and distance.

Devin Hester because he was also a corner/return specialist who was switched to offense. Someone who can drastically change field position, also a threat to take over a game on offense.

I would have to say going to a small school when I knew I could play at a higher level. It was tough to overcome that because a lot of people doubted me when they heard I went to a small school. Also the passing of my grandparents was a tough time in my life, so was hurricane Katrina.

Yes, I have a lot. Music, certain foods I like to eat, also a short meditation.

Getting noticed is a little more Difficult at a smaller school; however, when you get a shot I don’t think coaches will care what school you come from if you can play. 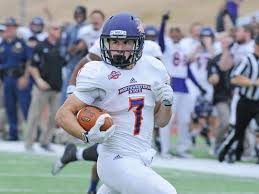 My relentless pursuit to be better and to want to win.

Knowledge of the game, I still have a lot to learn.

I’m a humble guy who is very confident with my ability to make a team better.