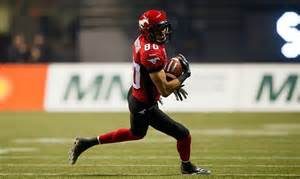 The Texans tried out Canadian Football League wide receiver Eric Rogers, according to Aaron Wilson of the Houston Chronicle.

Rogers has auditioned for several NFL teams, including the New England Patriots, San Diego Chargers, Philadelphia Eagles and San Francisco 49ers. He’s not eligible to sign a contract with an NFL team until January, when he can sign a reserve-future deal. He can’t be signed to a contract for this season, but according to Wilson has 11 more teams ready to work him out.