Giants have placed two on injured reserve; Promote two from their practice squad 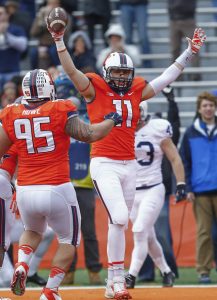 Matt LaCosse has been promoted to the Giants active roster.

Kuhn, a fourth-year pro, injured his knee on Dec. 14 in a victory at Miami. He also missed the season’s first three games with a knee injury. He had eight starts this season and made 20 tackles (nine solo), a half-sack, three quarterback hits and a fumble recovery.

Morris, a second-year pro, played in six games. He was credited with two special teams tackles.