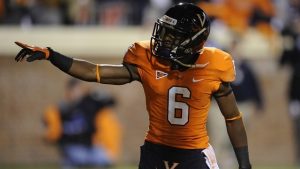 The Cleveland Browns announced Tuesday that they’ve placed G John Greco on season-ending injured reserve and signed WR Darius Jennings. Jennings was signed by the Cleveland Browns as an undrafted free agent in 2015. He played college football at Virginia.

During his college career, Jennings had 133 receptions for 1,667 yards with 11 touchdowns. Jennings has been on the practice squad and active roster this year at least on one occasion.  In a corresponding move the team placed John Greco on injured reserve ending his season.

Greco was considered a top guard prospect in the 2008 NFL Draft. He played high school football at Boardman High School in Youngstown, so the local boy will spend the next couple weeks on I/R.