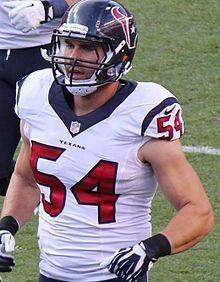 Today the New Orleans Saints signed linebacker Mike Mohamed. Mohamed was recently with the Texans. He was drafted by the Denver Broncos in the sixth round of the 2011 NFL Draft. He played college football at California.

He has also played for the Jacksonville Jaguars and Tennessee Titans.

Saints worked out and signed former Texans linebacker Mike Mohamed, according to a source

Mohamed was the 189th pick in the 2011 NFL Draft of the Broncos. Here are the teams he has played for: