Report: Broncos QB Peyton Manning wants to play in 2016; Regardless of team

According to Mike Florio of Pro Football Talk, many feel Peyton Manning’s career could be over, but that is not the case. 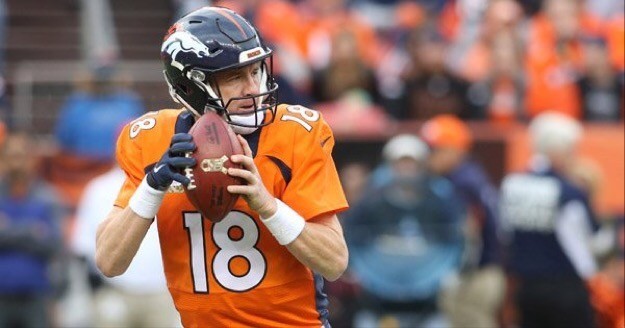 According to Florio, Manning wants to play in 2016 even if it is not with the Broncos.

Manning is “absolutely determined” to get himself healthy, according to a source with knowledge of the situation, doing all he can to overcome a variety of injuries, including a partially torn plantar fascia and a rib injury that, while not involving any broken bones, remains very painful. Manning firmly believes he’ll play again this year.
But Manning’s goal isn’t to simply become healthy enough so that he can play. He hopes to be healthy enough that he’ll play better than he did during the Week 10 debacle against the Chiefs, a 0.0-rating outcome that featured only five completions and four interceptions.

And as Manning focuses on getting healthy on this year, he’s still not considering it his last NFL season. He currently intends, according to the source, to play in 2016 — even if he won’t be playing for the Broncos.