Patriots luck out with injury to Rob Gronkowski; Will miss a couple weeks 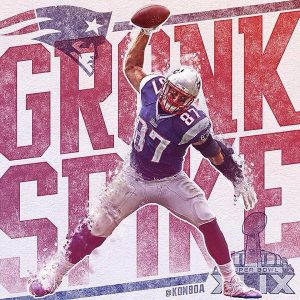 Patriots will be without Rob Gronkowski for a couple weeks

The Patriots received some great news today, when they found out that tight end Rob Gronkowski will not miss a ton of time. He has a knee injury but it was just a minor knee injury.  The Patriots should still easily clinch the playoffs, and when they do watch out because their receiving core will be back and healthy.

Update on Rob Gronkowski: told it’s a “minor knee strain” and the timeframe is “a week or two most likely,” per source. Best case for NE.

So Rob Gronkowski and Danny Amendola could be back in next couple weeks, Julian Edelman by end of season. By playoffs, Patriots healthier.

Rob Gronkowski not expected to play Sun vs. Eagles, per sources. Likely to miss multiple weeks; return date will be a pain tolerance issue.