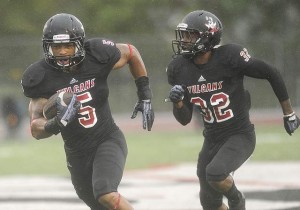 McDonald played college football at California University of Pennsylvania, and signed with the Indianapolis Colts as an undrafted free agent following the 2014 NFL draft. McDonald was claimed by the Patriots a few days ago. The Colts were hoping to put him back on their practice squad.

If McDonald does in fact clear waivers, the Colts and Patriots could be interested in signing him to their practice squad. It will then be McDonald’s choice on where he wants to play.

Eric Martin played college football at Nebraska, and entered the league in 2013 as an undrafted free agent. Martin has played on three different teams.