Many feel Greg Hardy is a prick, but his career even though it is a little bumpy has been impressive. The former Ole Miss defensive end has been terrorizing the NFL since entering the league. While he had has a fair share of dumb off the field issues he still has a sense of humor. 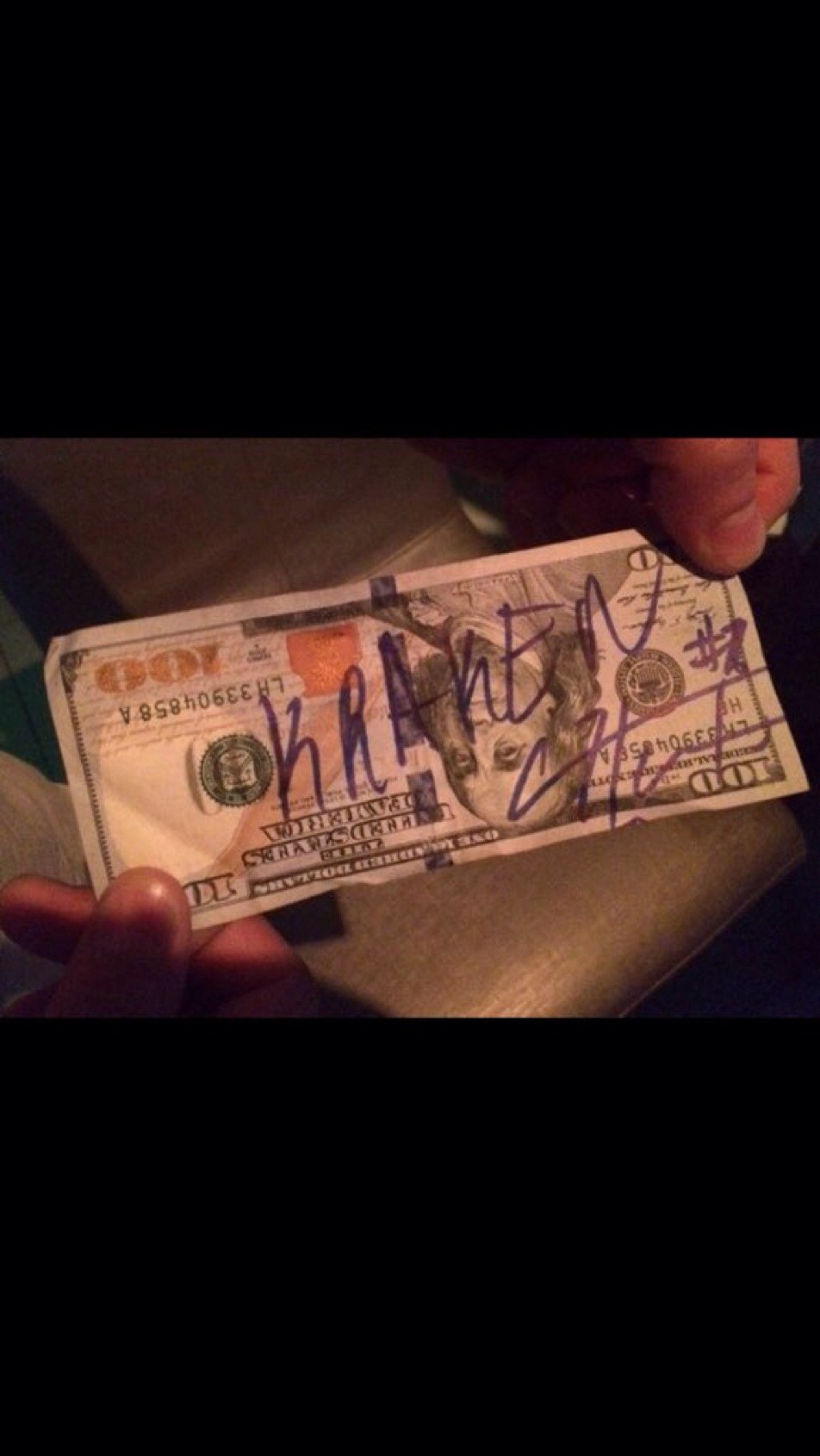 When Jeremy Smith, a 38-year-old Cowboys fan, approached Hardy with a mini helmet from the Carolina Panthers, his former team, to be signed, Hardy’s reaction was priceless.

“No, I can’t do it,” Hardy told Smith, per Jon Machota of The Dallas Morning News.

Hardy didn’t want to let one of his fans down, so he quickly came up with something else that he could sign for Smith. Hardy reached into his pocket and pulled out a stack of cash. He took a $100 bill, signed it with his nickname “Kracken” and gave Smith the autograph he was looking for.