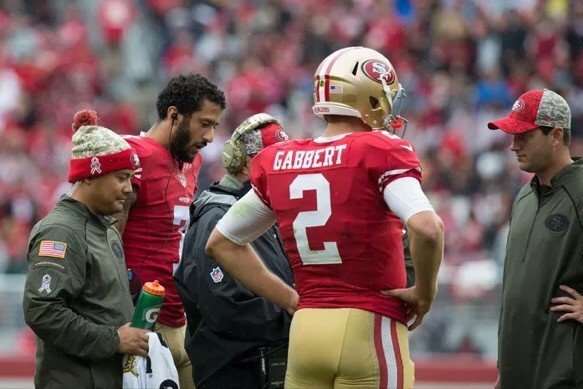 The team also promoted QB Dylan Thompson to their active roster from their practice squad.

@ProFootballTalk: Colin Kaepernick goes on IR, ending his season and possibly his time with the 49ers

Cam Inman reports that QB Colin Kaepernick will undergo surgery on his left shoulder on Tuesday in Denver.

With the 49ers placing Kaepernick on season-ending injured reserve for their final seven games, it cost Kaepernick $875,000 in total. He has a 2015 46-man active roster bonus of $2 million, according to Joel Corry.

Adam Caplan points out that the date to watch in regards to Kaepernick next year is April 1, which is when his base salary of $11.9 million becomes fully guaranteed.