Texans have signed a running back to their practice squad 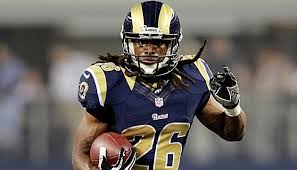 Aaron Wilson of the Houston Chronicle reports that the Texans have re-signed RB Daryl Richardson to their practice squad on Wednesday.

He was drafted by the St. Louis Rams in the seventh round of the 2012 NFL Draft. He played college football at Abilene Christian.