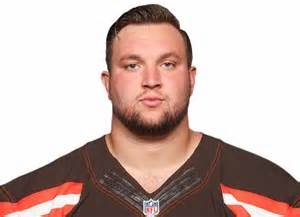 According to Evan Woodberry of the New Orleans Times-Picayune, the Saints have signed former Browns offensive lineman Ryan Seymour.

Seymour has experience at both guard and center, and the Saints are thin there with Tim Lelito missing last week’s game with a shoulder injury.

Seymour started three games for the Browns last year, but they cut him in August after he was suspended four games for violating the league’s PED policy.