Report: “Something Big is about to happen with the 49ers”

Have the 49ers had enough? It sure sounds like it. Matt Maiocco of CSNBayArea, is reporting that Something Big is in the works for the 49ers. 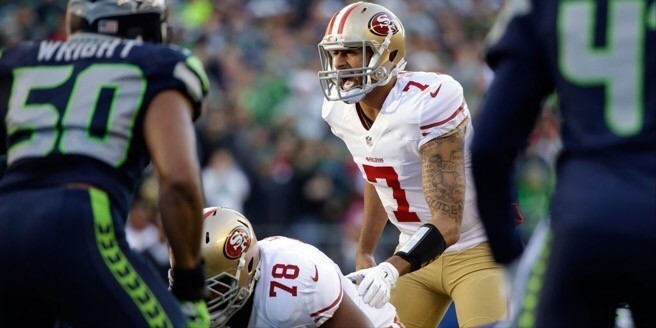 Could Kaepernick be dealt or benched?

“I’ve heard whispers behind the scenes that something big could happen,” Matt Maiocco of CSNBayArea.com said following Thursday’s game. “I don’t know what it’s going to be. I don’t know what they’re talking about. But clearly the 49ers can’t go on this way. The coaching staff looks overmatched, the players look overmatched. The 49ers were plain and simple overmatched today against a team that came in with four losses. . . . There are a lot of very upset people in the 49ers organization

He didnt say what could happen, but here are a few scenarios that we could see.

What do you think happens?