Ravens wide out Steve Smith has four broken bones in his back; Mike Campanaro placed on I/R 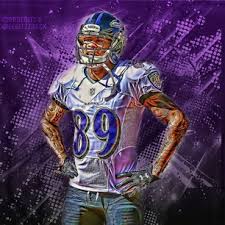 The Baltimore Ravens are banged up at wide receiver and today they traded for one.  The Ravens sent a seventh round pick to the Rams in exchange for wide out Chris Givens.  The Ravens are in shambles right now because of injuries.

Michael Campanaro left Thursday’s game with a herniated disk and the team announced Saturday it placed the wideout on injured reserve, ending his season. Campanaro had earned a larger role in the Ravens offense and scored a touchdown Thursday before leaving with the back injury. Steve Smith Sr. also left the win over the Pittsburgh Steelers with a lower back injury.

CSN Washington’s Chick Hernandez reported Steve Smith Sr. has four broken bones in his back. Hernandez reported the Ravens are in “wait and see” mode with Smith while The Houston Chronicle’s Aaron Wilson reported there is a possibility Smith can play through the injury. Smith has been the Ravens’ only effective receiver this season and has over 35 percent of the team’s receiving yards.