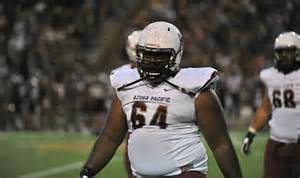 Coolest thing I’ve done is just helping out at as many camps we have on campus no matter the age group. I love helping and meeting all the kids.

My parents are my role models, they exemplify what I want in my adult life.

Growing up I played basketball and also threw shot put.

What separates me is the technical aspect I bring to the game of football. The ability I have to solve my problems in any given situation.

When I’m breaking down film I’m looking at the defense as a whole then individual tendencies of the defensive lineman.

The toughest I ever played against was Defensive lineman by the name of Gustov I think.

A player I try to watch a lot is Mike and Maurkice Pouncey as an interior linemen they are top of the line. 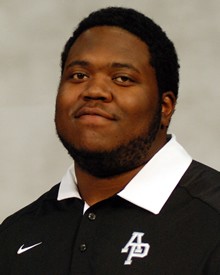 The biggest obstacle I ever overcame was the passing of my great aunt. She raised my mom and ended up helping to raise me so I spent a ton of time with her but with the help of God and family I overcame that.

I don’t really have any pre-game ritual I’m just as calm as I can be while trying to visualize every situation and scenario I watched in film.

The obstacles I feel like I need to overcome is the stigma that small school players can’t get the job done in the NFL. I feel like with my skill set along with the determination I can play with anyone in the country.

My biggest strength is my mind and ability to understand the tools I have to solve my problems as an offensive lineman.

Weaknesses I would say is that I love food.

I would say I have the knowledge and technique it takes to play his position at a high level. I know how to dominate opponents and the drive to dominate is constantly on my mind.

Favorite player was and probably is Drew Brees

If I could have dinner with three people it would be Kevin hart Drew Breess and JJ Watt.

With your first NFL paycheck what would you buy?.

With my first paycheck I will start to pay off student loans.