Jaguars promoted running back Joe Banyard; Jags released one and signed 2 to their PS 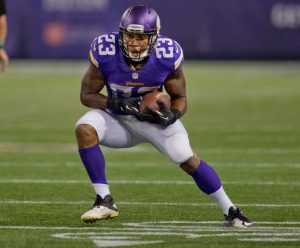 Jaguars signed running back Joe Banyard to their active roster

The Jacksonville Jaguars announced a number of roster moves Wednesday including the promotion of RB Joe Banyard to their active roster.

The Jaguars also released S Craig Loston from their practice squad and signed QB Jeff Tuel and WR Jordan Leslie to the unit.

Banyard was signed by the Jacksonville Jaguars as an undrafted free agent in 2012. He has also been a member of the New Orleans Saints, and the Minnesota Vikings.

Loston played college football at LSU, and signed with the Jaguars as an undrafted free agent in 2014.

Jeff Tuel was signed by the Buffalo Bills as an undrafted free agent in 2013 and spent most of 2013 and 2014 as the Bills’ third-string quarterback. In 2015, the Jaguars claimed Tuel off of waivers, but he was cut during the preseason.

Well Tuel is back now, and he is joined by Jordan Leslie. Leslie played college football at Brigham Young in 2014. He previously was the leading wide receiver for UTEP in 2012 & 2013. He was not drafted in the 2015 NFL Draft.