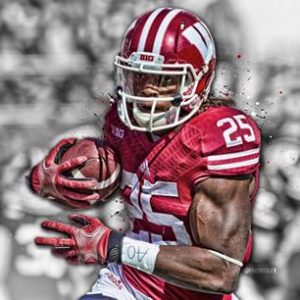 Chargers running back Melvin Gordon has been horrible in Fantasy Football

I have to write a little bit of information after Melvin Gordon once again landed me zero points in Fantasy Football. The San Diego Chargers drafted this kid to replace Ryan Matthews and let’s face it, they do not know how to use him.

The Chargers have been using Danny Woodhead more than any other back, while Gordon is just sitting on the sidelines.

Chargers RB Melvin Gordon had 0 fantasy points on Sunday, his sixth straight game with single-digit points. It’s the longest such streak by the first RB taken in the first round to begin his career since Cedric Benson in 2005.

Right now he is looking like a Fantasy Bust, I hope he does something soon, because if he gets me another single digit game, I may have to let him go.