Seahawks are exploring trade options for a veteran safety 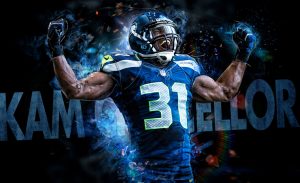 The Seahawks must be sick of Kam Chancellor trying to told out, because they are searching for a veteran safety now.  Either the Seahawks are sick of the holdout, or they are worried he will not be around to start the season. Either way they are looking according to Ian Rapoport of NFL Media Insiders.

The club has been actively exploring the trade market for an experienced veteran and have narrowed their focus on a few potential players, according to a source informed of Seattle’s plans. At the least, the Seahawks are hoping to pick up a veteran free agent following cuts this weekend.

Dion Bailey, a 2014 undrafted free agent out of USC, has been a fill-in starter for Chancellor during his holdout.

The safety position is a linchpin in Seattle’s physical defense and Earl Thomas, despite his overwhelming talent, needs more help. Thomas (shoulder) was just recently cleared for the season opener against the Rams.