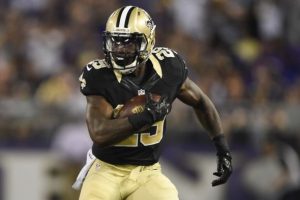 Saints running back Khiry Robinson was fined after striking an intern

Being an intern is not easy, especially for the Saints. According to Mike Florio of Pro Football Talk, Saints running back Khiry Robinson was fined for striking a team intern in the head during training camp. Robinson graduated from Belton High School in Belton, TX and played college football at West Texas A&M.

According to the report, Robinson was fined following the altercation, which arose from a money dispute between Robinson, another player and the intern after they were driven to a store to get their phones fixed. The other player paid the intern for the help, Robinson declined because his phone did not get fixed. Their argument ended with Robinson striking the intern in the head.