The Houston Texans are starting Ryan Mallett, but he will not help the team anymore than Brian Hoyer. Cam Newton is too much for the Texans. 23-13 Panthers

The 49ers looked good against Teddy Bridgewater, but this week is different. Big Ben shreds their defense. 35-20

The Saints get CJ Spiller back, and if they allowed Marcus Mariota to shred them for 42, I would hate to see what Brees can do. Saints win 38-24

The Detroit Lions have a good passing game and I like them. I am not sure the Vikings know what they are doing on the offensive side of the ball. It is simple Run ADrian Peterson….. Lions win 24-21

The Arizona Cardinals are too strong right now. The Bears fought the Packers but they let too many big time players go. Cardinals 35 Bear 17

Nobody Circles the Wagons like the Buffalo Bills. Bills break the Guiness Book of World Record for loudest stadium and the Bills players feed off it. Bills win Big Time 35-6 and hold Brady to 166 yards and four interceptions 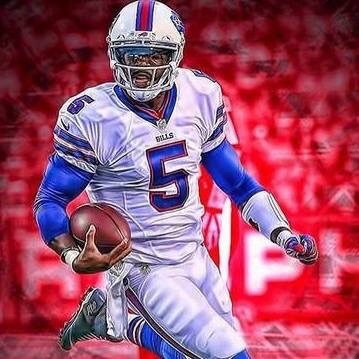 Chargers and Philip Rivers rout Andy Dalton and the Bengals, when Melving Gordon punches it in with seconds remaining in the fourth.

Johnny Football beats Marcus Mariota. The Browns win when Terrence West fumbles in the fourth quarter. Manziel rushes for over 100 yards, and Browns win with a field goal. Browns 17-Titans 14

I love what the Falcons did last week and their defense looked tough, I just think Eli and the G-Men pull it off. Giants 18- Falcons 17

St. Louis Rams are not a fluke. Nick Foles shreds the Redskins defense for 300 and the Rams win easily. Kirk Cousins will be 1-9 as a starter. Rams 27 – Redskins 10

Miami Dolphins struggle with the Jaguars but find a way to get by. Andrew Franks hit the game winning field goal. Dolphins 13-Jaguars 10

The Ravens are playing a very banged up Raiders secondary. Steve Smith goes off today, as Flacco and the Ravens win easily. Ravens 42- Raiders 16

DeMarco Murray wants to prove he should have been paid by the Cowboys. Murray runs for 100 plus and scores twice. Cowboys 21-Eagles 27

Green Bay Packers and Seahawks will have a fight out. Aaron Rodger will finally throw a pick at home, but he still gets the win. Packers 24 -Seahawks 23

Andrew Luck will not lose two in a row. Colts struggle but get by the Jets. Colts 20- Jets 14