Carolina Panthers have signed safety Marcus Ball to their P/S 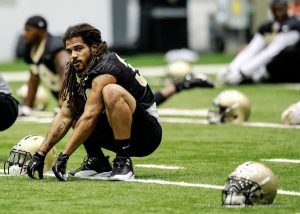 The Carolina Panthers announced via Twitter that they’ve signed S Marcus Ball to their practice squad.

The #Panthers have signed S Marcus Ball to fill the final spot on the practice squad. Ball was with the team through the 2015 preseason.

He signed as an undrafted free agent with the Toronto Argonauts of the Canadian Football League on February 10, 2012. Ball was a member of the 100th Grey Cup winning team. Ball attended Stephenson High School in Stone Mountain, Georgia, where he was voted Class 5A defensive player of the year. He played college football at Florida State, Pearl River Community College, and Memphis.