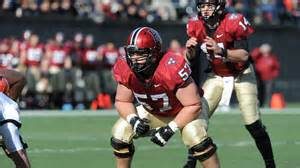 Nick Easton of the Ravens has been traded to the 49ers

Today the San Francisco 49ers traded the Baltimore Ravens former Harvard center Nick Easton. According to Nick Easton‘s agent, his client has officially been traded to the 49ers, per Matt Barrows of the Sacramento Bee.

Adam Caplan reported earlier that the Ravens were in the process of trading undrafted free agent C Nick Easton to the 49ers.

Easton, 23, is an undrafted free agent out of Harvard that has played considerably well this preseason. Easton was the highest ranking center in the pre-season according to Pro Football Focus.