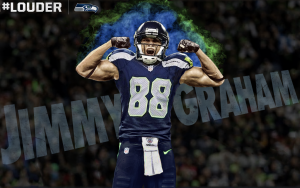 The New Orleans Saints are spending a ton of money on players they are getting nothing for in return. Right now the team has 9 million dollars tied up in Jairus Byrd who has done absolutely nothing in a Saints uniform, and C.J. Spiller who has been injured almost all preseason.  Spiller is receiving 4 million this year.  Add up 13 million in Spiller and Byrd, plus the 25.45 million the team has in dead cap space, and the team has tons of money tied up in nothing.

In New Orleans, 20 percent of the cap is dead money, according to Spotrac. Among the players who count huge amounts against the Saints’ salary cap even though they’re no longer on the team are tight end Jimmy Graham ($9 million), guard Ben Grubbs ($6 million), linebacker Junior Galette ($5.45 million) and linebacker Curtis Lofton $5 million).

That is a ton of cap space tied up in players who are not doing anything for you.  When the Saints do get some relief they will need to lock up their quarterback, which will put them in a bigger bind. I cannot see the roads getting any lighter ahead, it might be time to rebuild in the Big Easy.