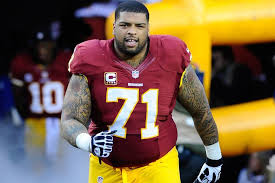 According to Rapoport, Williams will receive $32 million at signing.