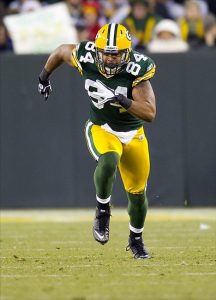 Redskins are hosting several tight ends and one of them is former Arkansas TE D.J. Williams

D.J. Williams was a beast at Arkansas, which led him to getting drafted by the Green Bay Packers in the fifth round in 2011.  Since then Williams has bounced around the league, but the Redskins could be a team that is willing to give him a shot.

Jason La Canfora is reporting that the Washington Redskins are working out “at least” three tight ends on Sunday including veteran D.J. Williams.

Washington is clearly in need of tight end help now that they’ve lost both Niles Paul and Logan Paulsen for the season in recent days. Williams has 9 receptions in his career for 70 yards.  The Redskins need a starter, and I am not sure Williams is that guy.